The joint fight against human trafficking 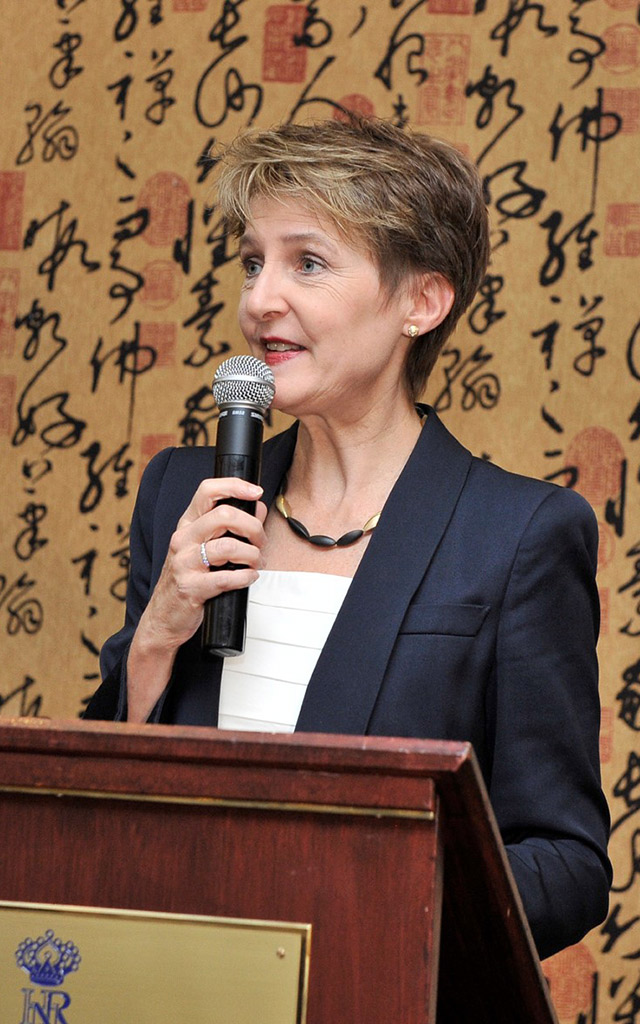 I am delighted to be here today.

For me, a trip to Lugano is always a journey back into the past. My family comes from here, I am a citizen of Lugano, and this place holds many happy memories for me.

However, on the way to this conference some rather unpleasant memories also came to mind. Memories of an encounter I had with a young woman some years ago. The woman came from Romania and had been lured away from her home by an acquaintance making false promises. Somehow she found her way to Switzerland, where she was forced into prostitution. She had no papers, and no one who could help her. She was therefore totally at the mercy of her tormenters. Later she was able to go back to Romania, but I doubt that her wounds have healed.

There are millions of people like her. They are forced to work, are exploited, shoved around and treated like objects – just like serfs in mediaeval times. And yet this is 2016.

Almost a million people in Europe alone are the victims of human trafficking. Day after day, these men and women are humiliated, sexually exploited and forced to work for little or no pay.

These people may be invisible to us, but they are there.

I find this situation intolerable.

I have therefore launched a number of political initiatives to combat human trafficking.

In 2012 Switzerland adopted its first national action plan against human trafficking. Since then we have expanded prevention measures and improved victim protection. We are currently working on a second package of measures. Switzerland has also ratified the Council of Europe Convention on Action against Trafficking in Human Beings. All of these measures stem from the conviction that we cannot simply stand by and watch this terrible crime.

Better than anyone else, you know how difficult it is to put a stop to people traffickers.

There are many victims who are afraid to go to the police – perhaps because they fear reprisal from their exploiters, or because they are worried they will have to leave the country.

So in order to combat human trafficking effectively, the work of the police and the prosecuting authorities alone is not enough; other players such as the immigration authorities, NGOs, doctors and hospitals all need to work together.

And above all, cooperation at international level is needed.

I know that the political mood currently tends in a different direction.

Instead of international cooperation, many politicians are calling for national solutions. Many believe that countries can best address the problems we face today on their own.

I am convinced that all the human traffickers, smuggling gangs and criminal organisations secretly applaud when they hear such ideas. For them, less international cooperation means more freedom in their criminal activities. It suits them when states act individually rather than together – they are not interested in national borders, they are interested only in making money.

Interpol embodies the will to work together across borders.

And Interpol demonstrates the advantages of international cooperation. If the victims do not come forward voluntarily, other information channels are required. Interpol is one such channel. The victims of human trafficking are often reported missing by their families. Via Interpol the authorities abroad receive notification that a person is missing and can act on this information.

We recently had such a case. A young Bulgarian woman was reported missing by her family. They were afraid that she was being sexually exploited in Switzerland. Thanks to Interpol we were able to find the woman here and free her.

That is how cooperation operates.

The three days here in Lugano give us the opportunity to work more closely on shared strategies to combat human trafficking. Let’s make the most of this opportunity. Not for us – for the victims.

The victims may not be visible to us, but the question they ask cannot be ignored: "What are you doing for us?"

Let’s not disappoint these people.

They deserve a convincing answer from us.

It is an honour for the Federal Council to host this important conference in Switzerland. In the name of the national government, I would like to convey to you our best wishes.

I would like to close by thanking the Canton of Ticino for helping to organise this conference. But I would also like to thank all of you. Your commitment to fighting human trafficking is, and remains, considerable.